PTSD is a bitch. It is a sickness that lives in your heart and mind and soul and there is no cure beyond time, understanding, compassion, support, and love…all of which are in too short a supply these days. 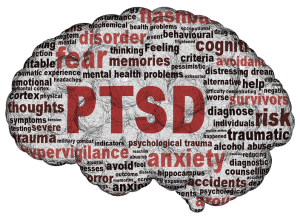 Trust. Ahh.  I did not have trust issues after my ex-husband.  I developed those a few years later.  I kept them at bay, mostly.  I still gave people chances.  And my biggest weakness is when I love you I fucking love you.  I am a loyal motherfucker until you give me reason not to be.  And even then, I tend to be loyal until you prove yourself unworthy a couple times.  I give more chances that people deserve, when I care.  Don’t get me wrong, if I don’t truly care about you, I will cull you from my life so fucking fast, you will feel like you were just in a hurricane, spun about for hours with no ceasing until you are suddenly dropped without warning.
Life is far too short for the fucked up people who will use you to their own ends but give little back of themselves.
Despite knowing this about myself, I have refused to change. Until recently.  I KNOW not everyone is a sack of putrefying shit.  I know not everyone lacks worth.  I know not everyone is abusive, or a liar, or a thief.  But when you have two people you genuinely love and trust abuse you in similar (though not exact) ways, even if they are years apart, you have to stop and take stock.  Especially when you feel something inside you break and crumble to the ground.  So I will say it again, louder, for the folks in the back:

PTSD is a bitch. It is a sickness that lives in your heart and mind and soul and there is no cure beyond time, understanding, compassion, support, and love…all of which are in too short a supply these days.

No amount of medication can heal you.  No amount of therapy is going to fix what is broken.  You will only get so far with all that, though it CAN help, immensely.  At some point, the healing must be taken over by the time, understanding, compassion, support, and above all, unflinching unconditional LOVE of someone.  Someone who, any time day or night, will take your calls and texts.  Who will drive to you, no matter how far you are, just to hold your hand and stroke your hair.  Someone who will hold you while you scream and rail and sob as the weight becomes too much for you to bear.  Someone who will not ask, but will simply take some of the weight and carry it themselves, until you can shrug it off and let it go.  Someone who will show you every step of the way that you can trust them, that you can love them, that they will be there NO MATTER WHAT.  Someone who reminds you to keep moving when you linger unnecessarily, who will make you stop and look at what’s right in front of you in all its beauty, someone who will just hold your hand and say nothing.  Someone who loves you and lets you love them, fully, without excuses, without recriminations, without hesitation.  Someone who may not understand your pain, but who understands YOU.
The worst monsters you will ever experience live inside your head.  They are your fears and memories and guilt, and sometimes your hopes and wishes.  I have long stated I don’t fight my demons; I dance with them.  But they take every chance given to take control.  And when you are abused by the person, or persons, you trust most, they have so many chances.
I know I usually end these on a positive note, but not this time, gentle readers.  This time I am ending with this…..
The demons in our head are no less real for not being able to stand in front of us.  They will eat away at your integrity, your love, your trust, your body, your life if you let them.
Fight.
For all you’re worth, fucking FIGHT.
Some days, you will win.  Some days, you will lose horribly.  But always try to treat people well.  Always.  You never know when you might need their kindness, their love, their support.  And if you know someone who needs it, give it to them.  Don’t let them become a statistic just because you thought everything is going to be okay.  Life goes on, but for some of us, a battle is always waged inside our heads.  A battle you might see little of.
Be good to the people around you, even if you don’t know them.  Even if they don’t, in your minds, deserve it.  Don’t take their shit, oh no! But be good to them.  A smile, a hug, a laugh..these are the currencies of the soul.  You never know what demons you may one day have as dance partners.